There are dozens of little touches in the renovation of this pretty colonial revival home that make it special! Built in 1910, it’s a great example of one of the many variations of the Colonial Revival style (there’s another shot of the outside of the house at the end of this post). It’s the inside of this home that we really fell in love with, though. Someone with great taste has given this house modern updates without losing any of it’s charm!

It’s too easy sometimes to go to far with a remodeling, in the name of “adding your own touch” or “putting your stamp on it”. Often, though, a house just needs someone to uncover it’s own special character. And it looks like that’s what happened here! 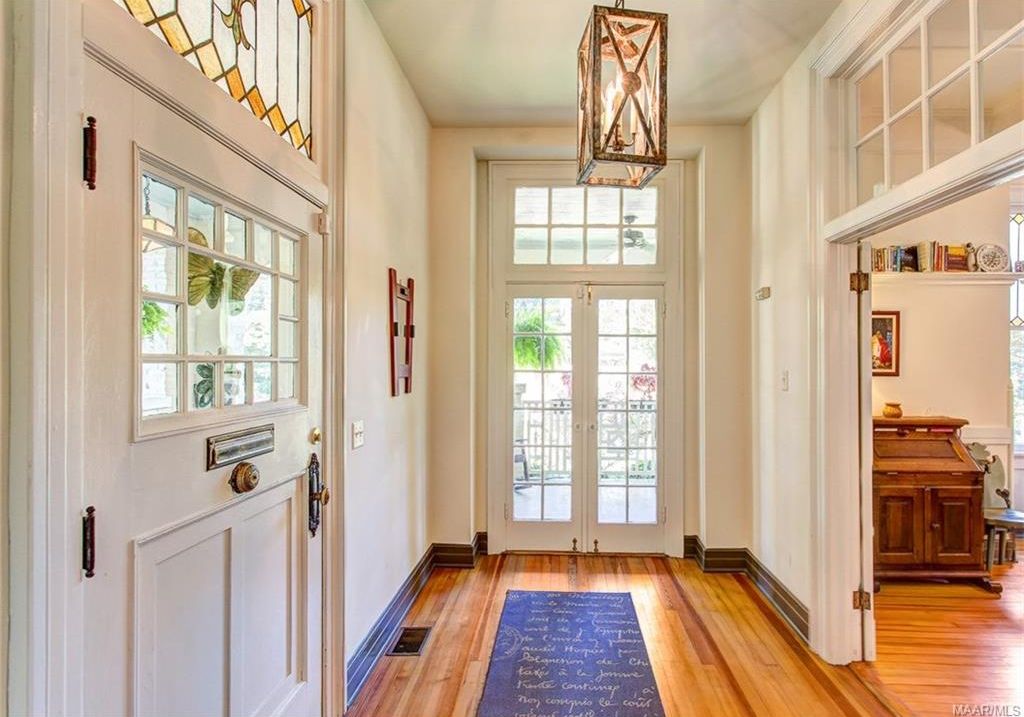 The entryway is a hall – that double door at the end of the hall with the huge transom above really lets in the light, and there’s a matching transom over the interior doors, too. 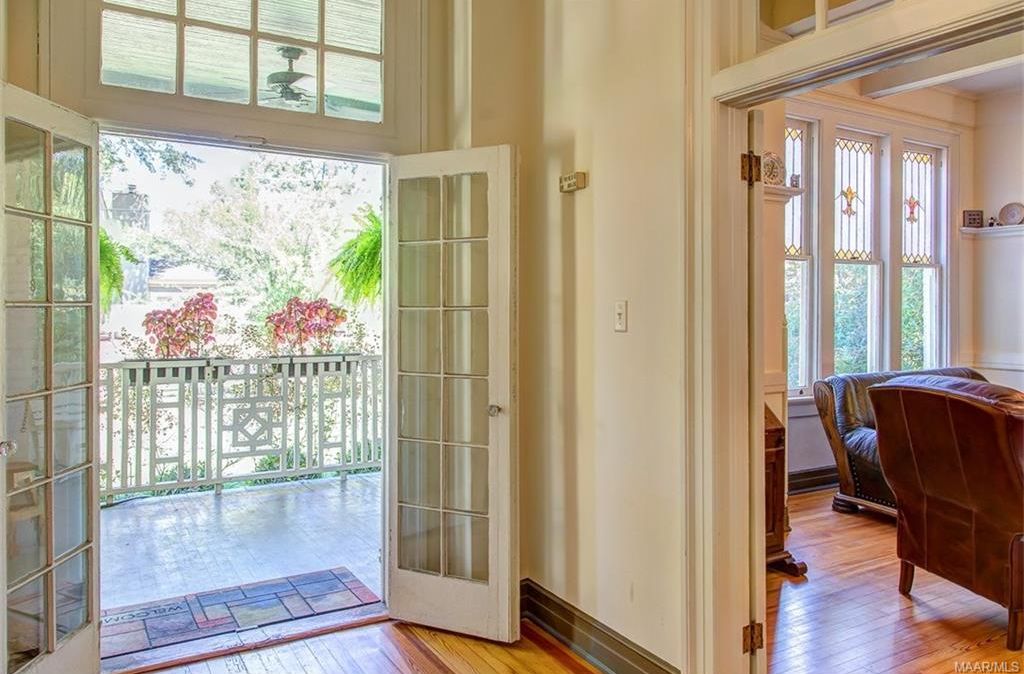 Open up those doors and you’re looking out onto a light and plant-filled side porch (see photo of the outside near the end of this post). 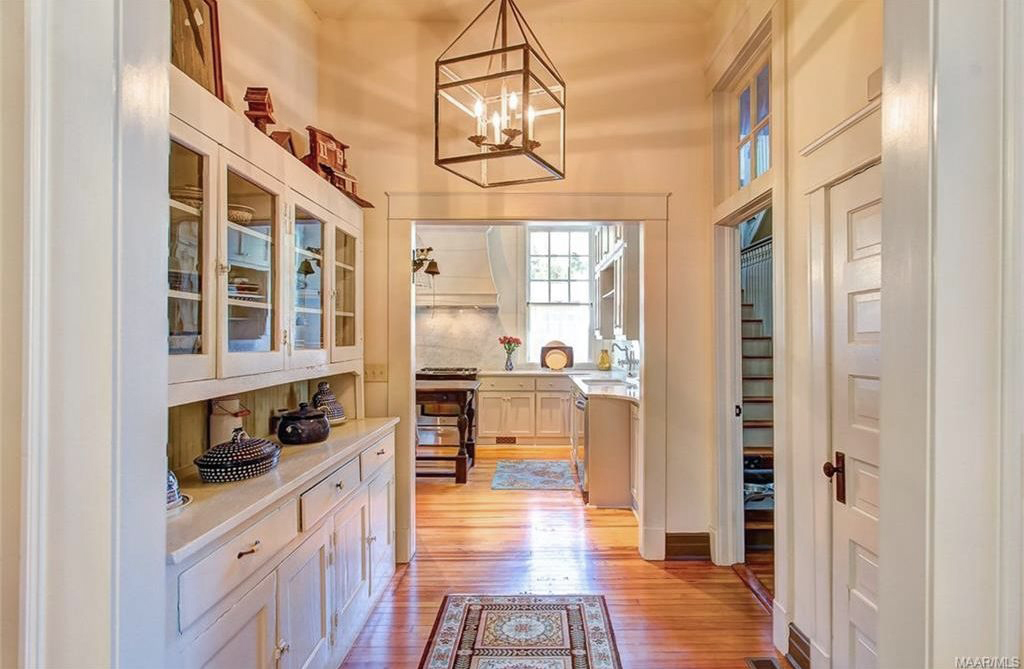 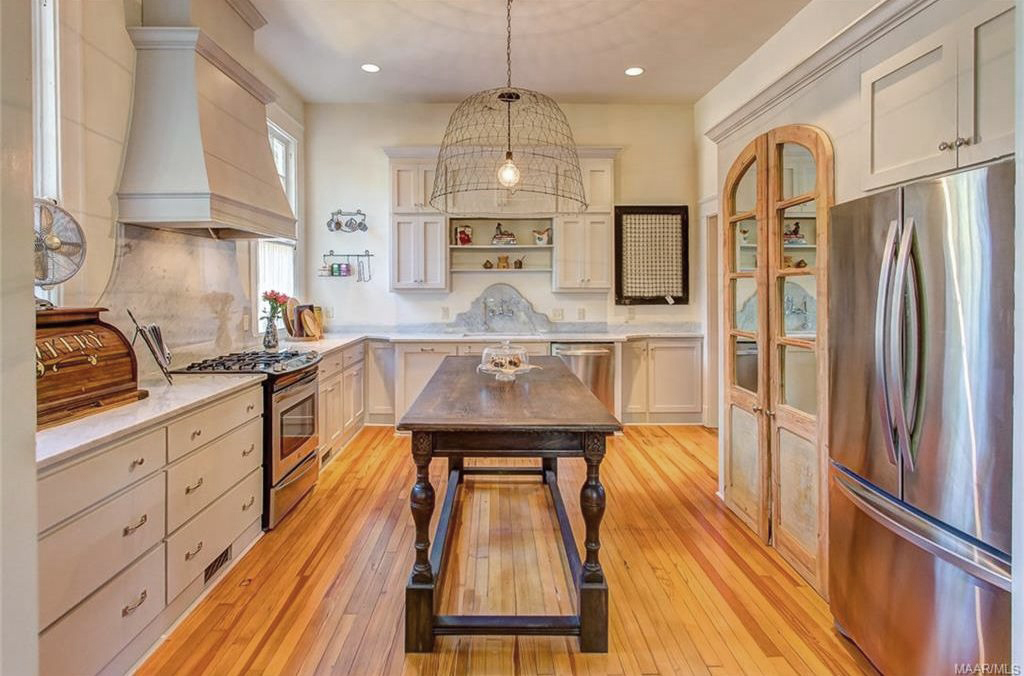 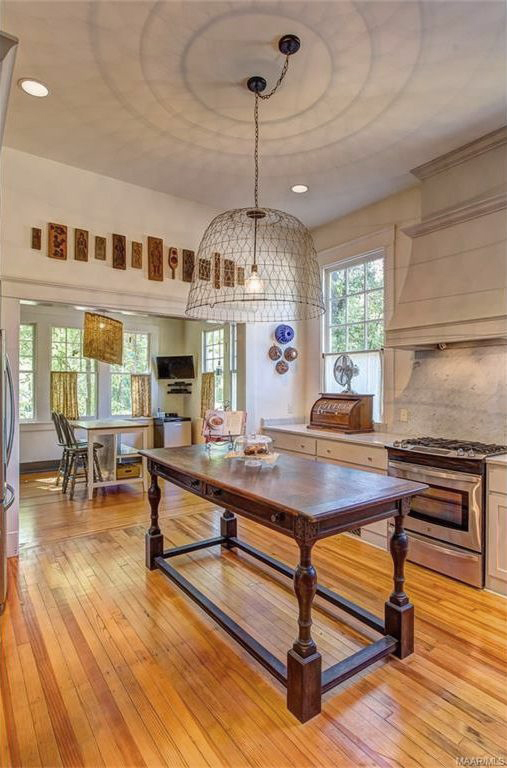 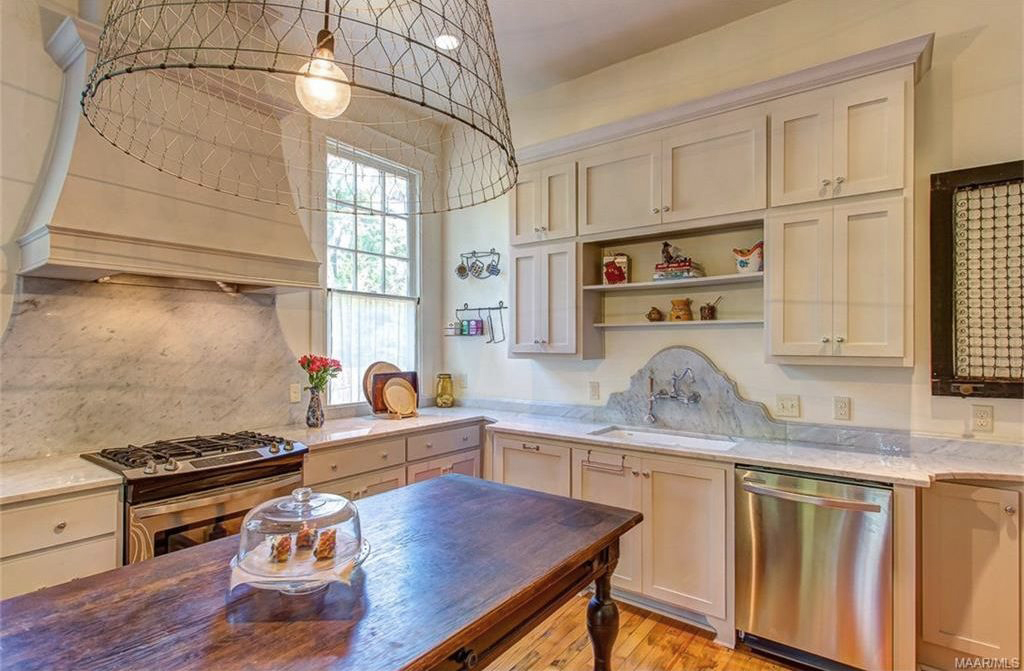 There’s so much to love about this kitchen – the old table re-purposed for the island; the wire basket light fixture; that fantastic range hood… 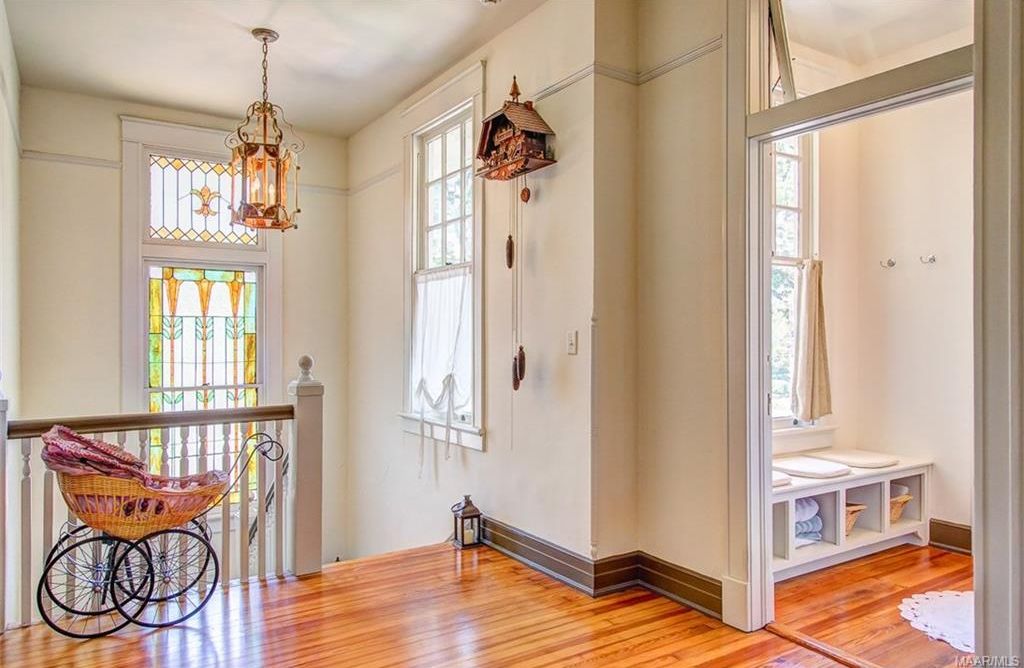 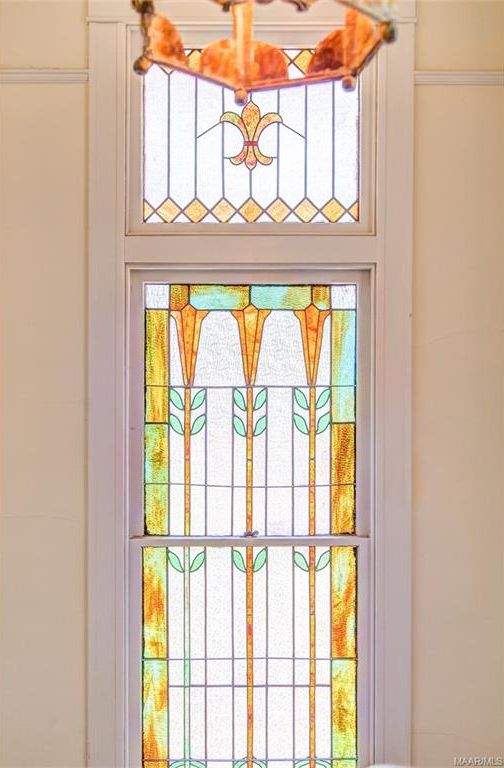 Glad to see the original glass intact. These are the kind of window sashes you often see stacked up in salvage shops after the house is gone… 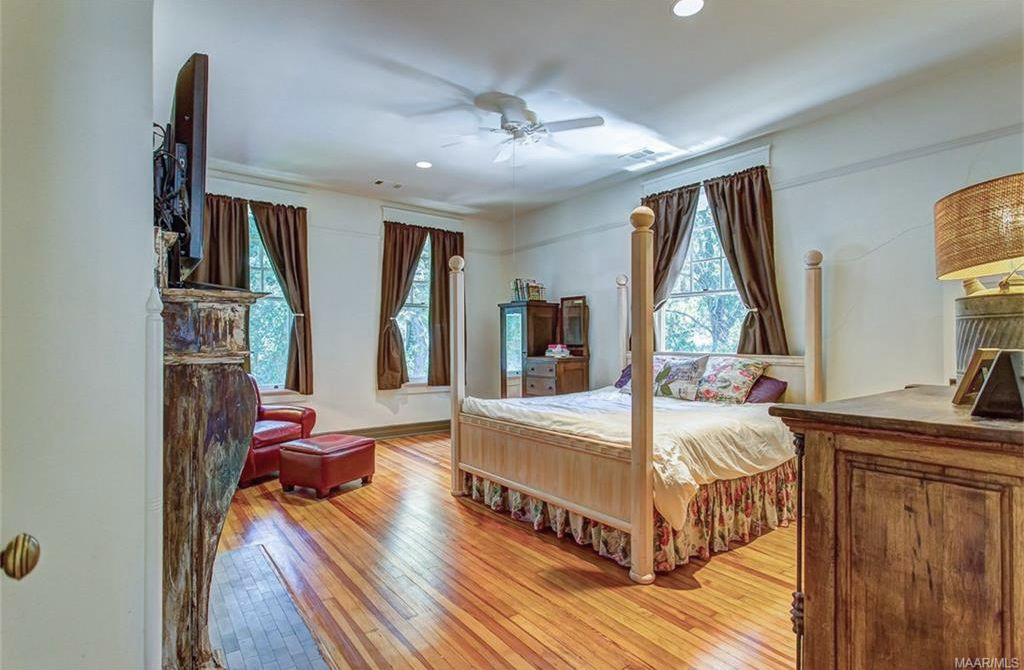 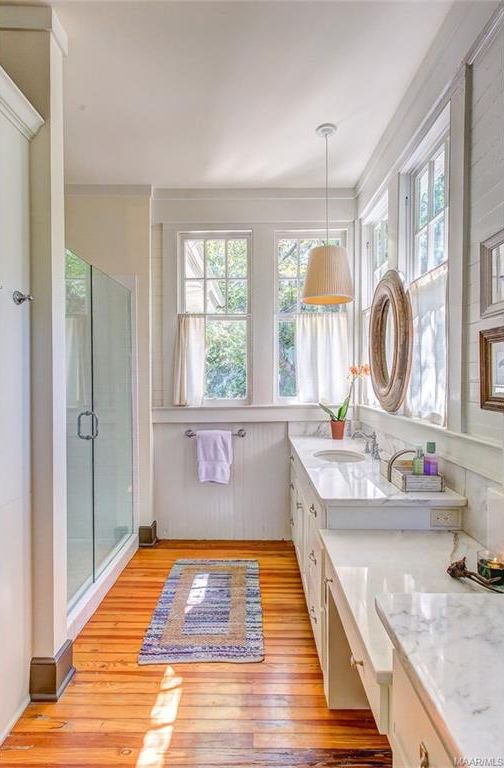 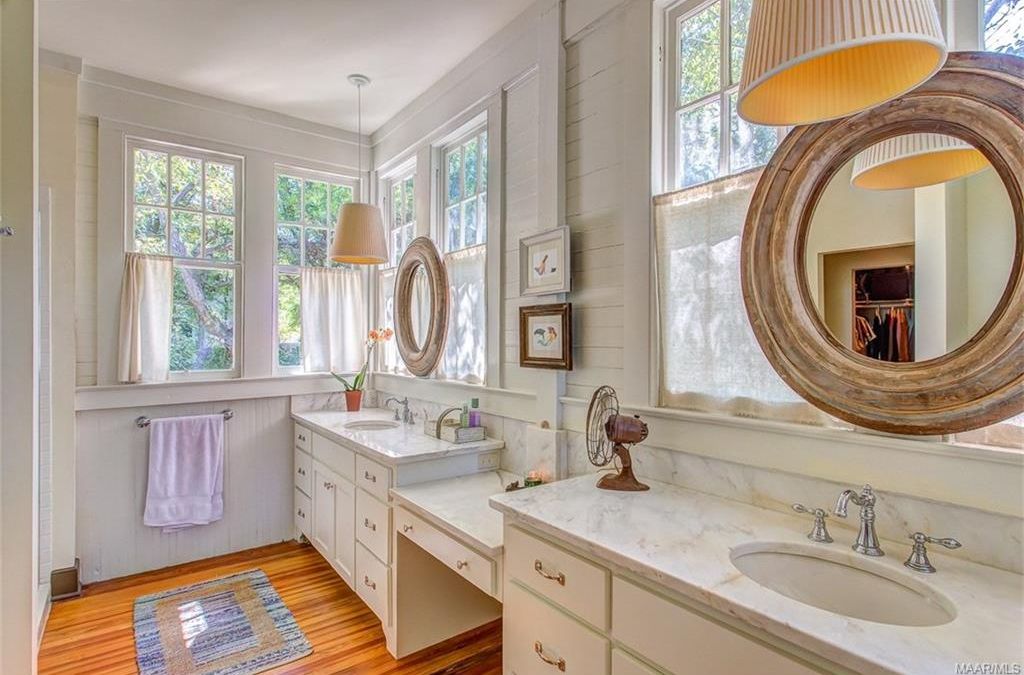 Mounting the mirrors in front of the windows is one the cleverest ideas we’ve seen, and the early 20th century fan is just perfect! 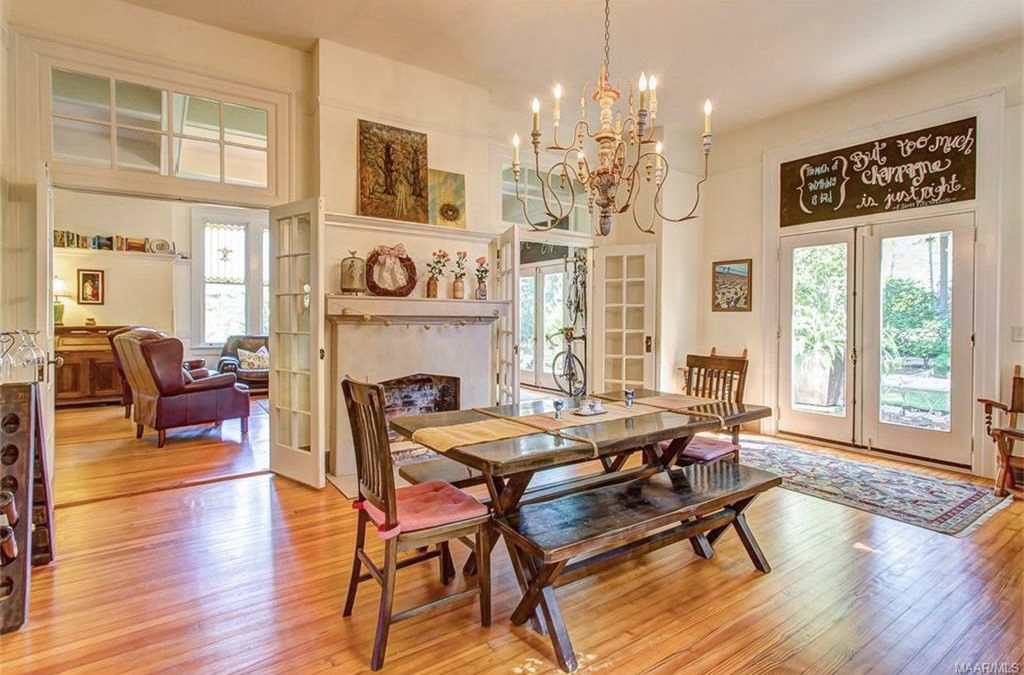 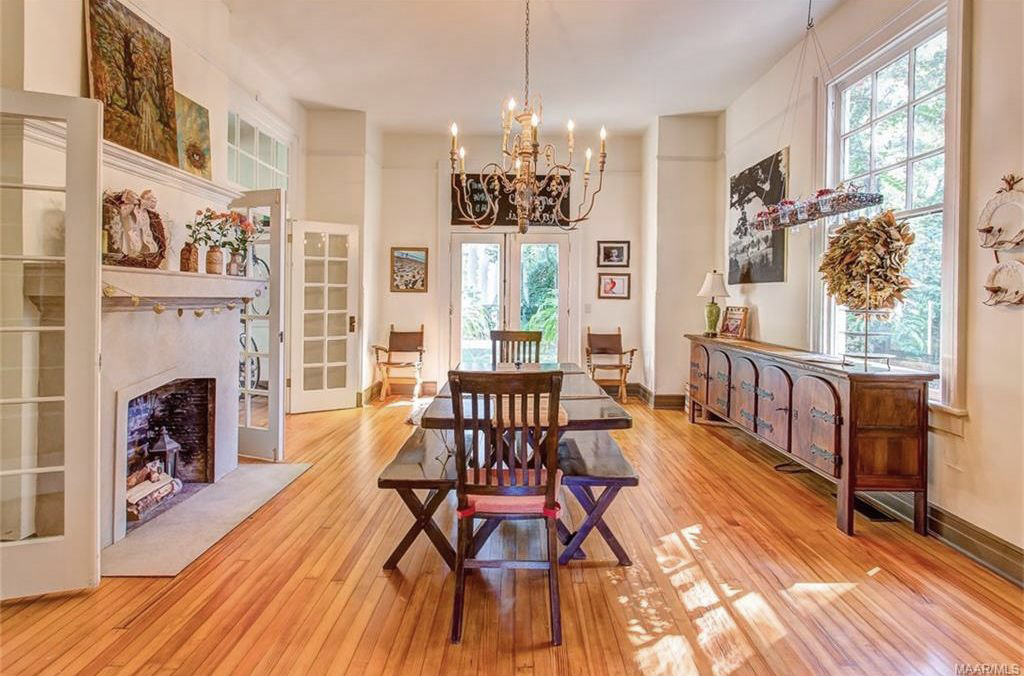 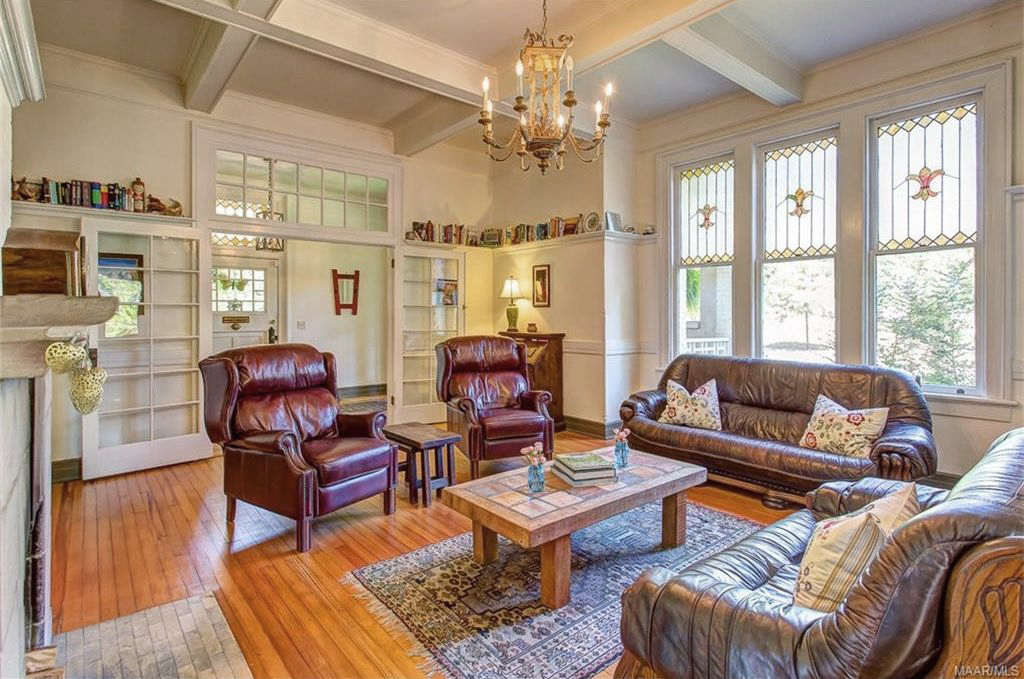 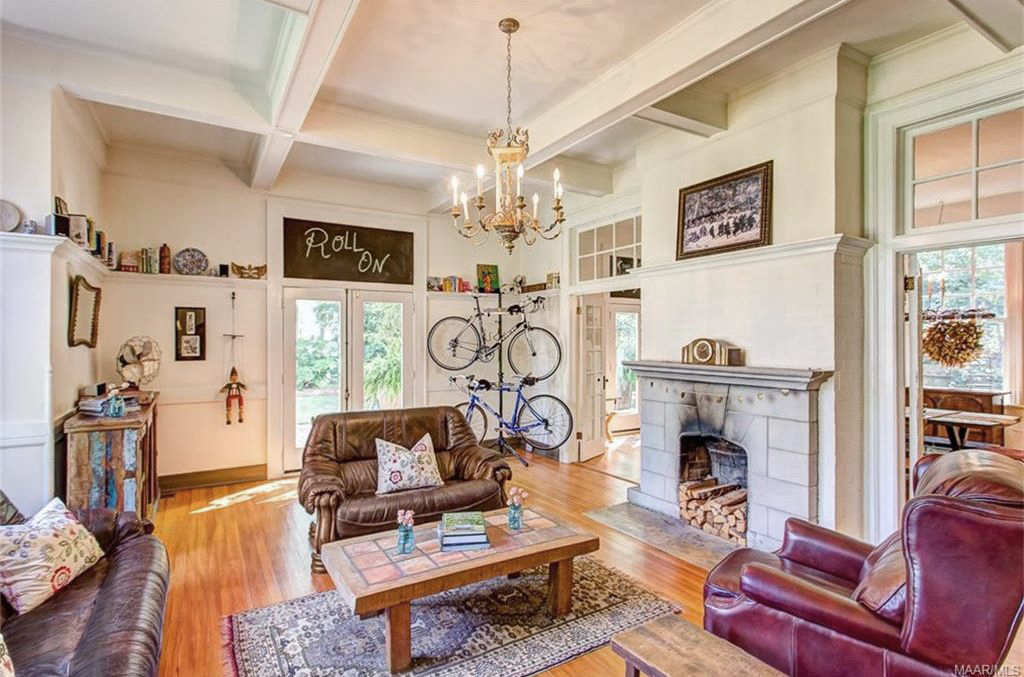 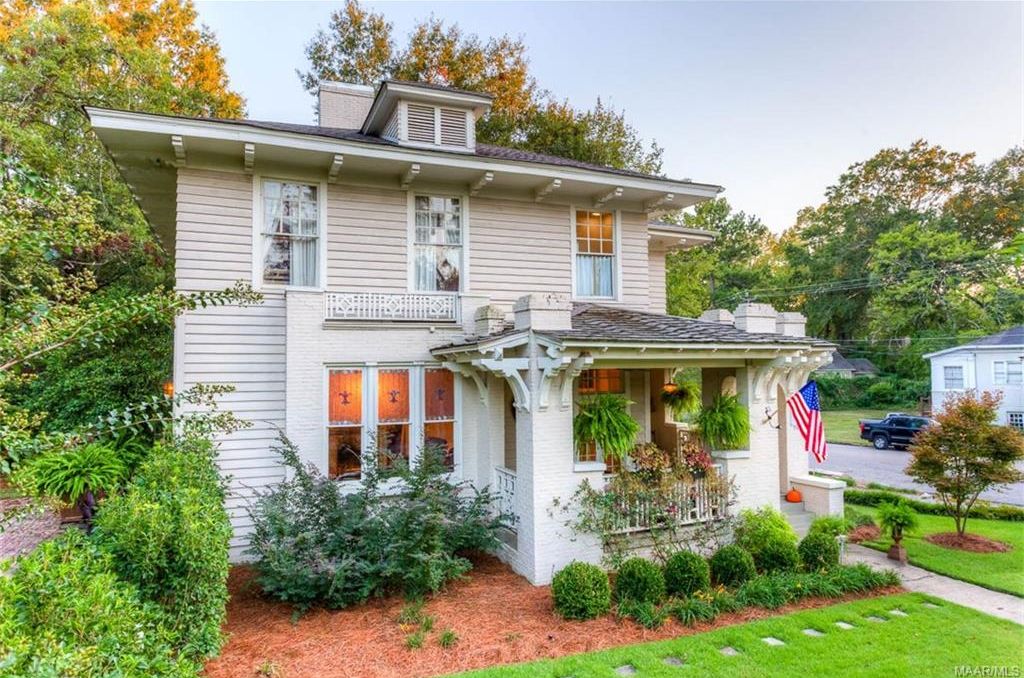 Here’s that great little porch you can see from inside the hall in an earlier photo. It wraps around the corner and connects to the front porch, creating a really nice outdoor living space. 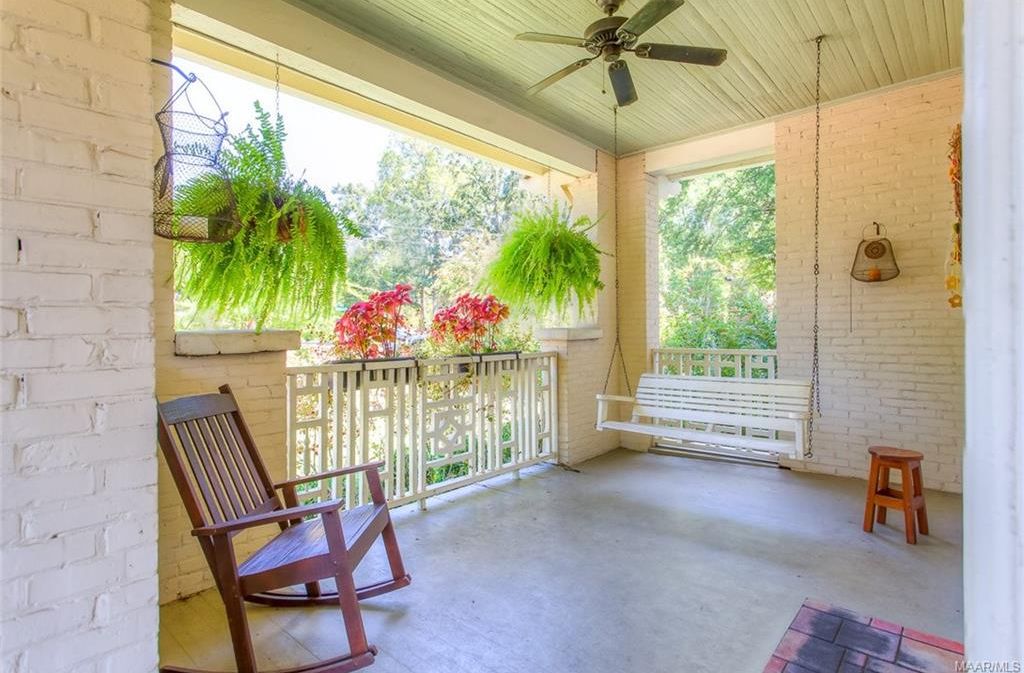 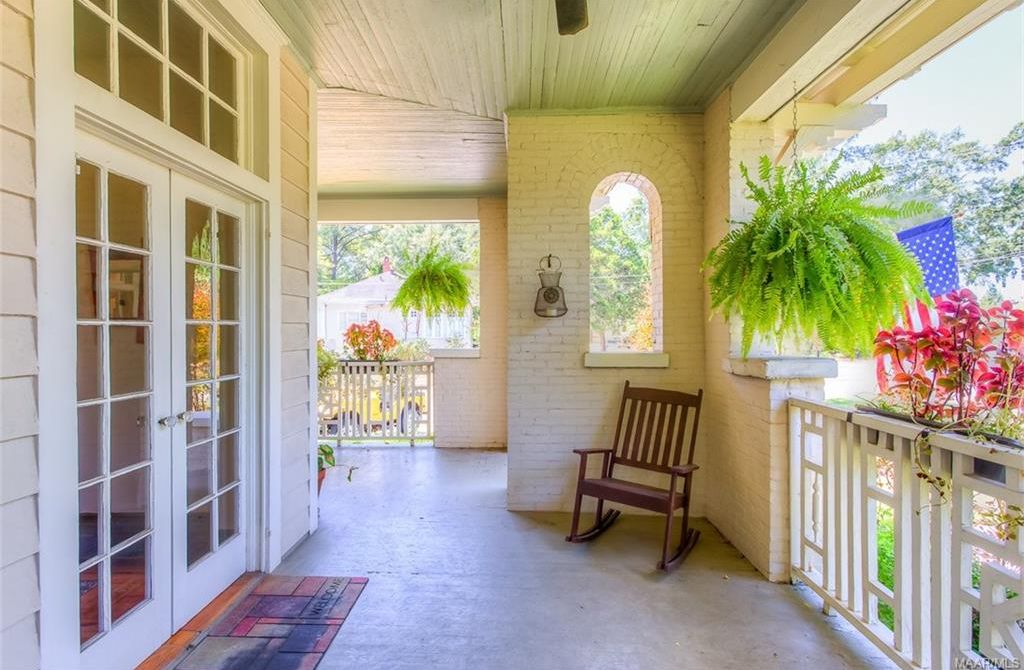